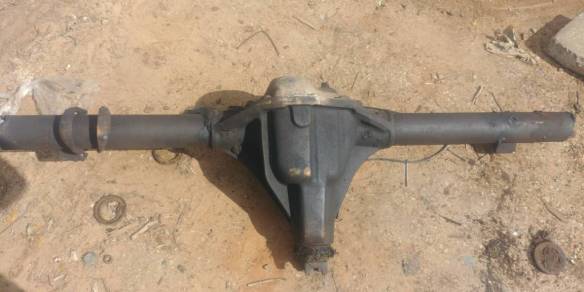 This is a frequent theme of mine in my Hebrew blog, in which I warn my clients (and other native Hebrew speakers) about the pitfalls of English expression.

One of the oldest—and certainly one of my favourite—examples, which go back decades, if not a century, is the word beq-eqs, which is a corruption of ‘back axle’—i.e. ‘rear axle’. You might think that doesn’t qualify as a loan word with a different meaning—until you discover that the word for ‘front axle’ is—wait for it—front–beq-eqs…

END_OF_DOCUMENT_TOKEN_TO_BE_REPLACED

I was recently asked: What is something about your language that you’ve never noticed until a foreign learner pointed it out?

I recalled that only the night before, my good friend Bob Macdonald, who has undertaken a mammoth task of making a musically-oriented English translation of the Hebrew Bible, asked me why in the Hebrew, Zephaniah (2:2) says:

END_OF_DOCUMENT_TOKEN_TO_BE_REPLACED

I joined Quora—a questions-and-answers forum—in August 2013, and after an initial period of resistance, was quickly assimilated. Since then, I’ve answered 1622 questions (and counting), posted 30 of my own, and have accumulated a few views and followers.

It’s an addictive site, and I’ve learned much from many in-depth or insightful answers to interesting questions. But there’s also a lot of dross—a huge number of questions that have been asked and answered before, many banal ones, and quite a number of downright silly ones, which I decided in August 2016 to start collecting.

I’ve been wanting to share this list for some time, but since Quora itself discourages questions about its own content, and prompted by today’s doozy (‘Why do Brits speak English, an American language, rather than speaking some European languages?’) I’m listing them here, because they’re too good not to share. If you want to find them and their answers, just copy-paste them into the Search field at quora.com:

END_OF_DOCUMENT_TOKEN_TO_BE_REPLACED

Tags (click a tag to see all related posts)