One of the recurring problems for ESL (English as a Second Language) learners and other non-native English speakers is what preposition to use with regard to location—specifically, in, at, or on.

This varies seemingly unpredictably, so that one says:

Although it seems unpredictable, there is a certain cyclical logic to it, which has to do with scale. As a general guide, the following spiral diagram may help: 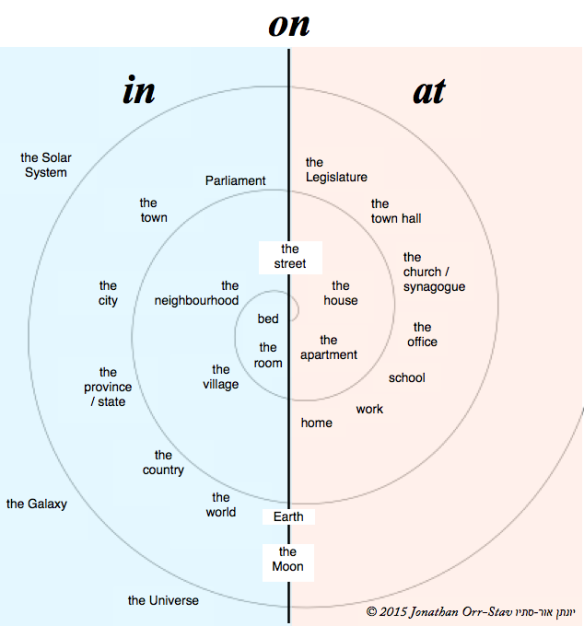