If the Bible were set in a purely desert environment (as it is usually depicted in Western films), it would not likely not have produced stories that Europeans could relate to. But it wasn’t. The landscapes of the Galilee and the Judea-Samaria mountain range west of the watershed were (and are) very similar to those found in southern Europe (Greece, Italy, and Spain).

In biblical times, in particular, much of the Holy Land—from the Judean foothills west of the watershed, like Elah Valley (I Sam. 17)— 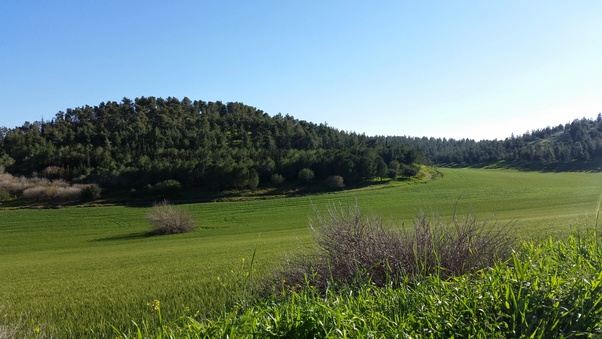 to the Carmel mountains and Galilee in the north— 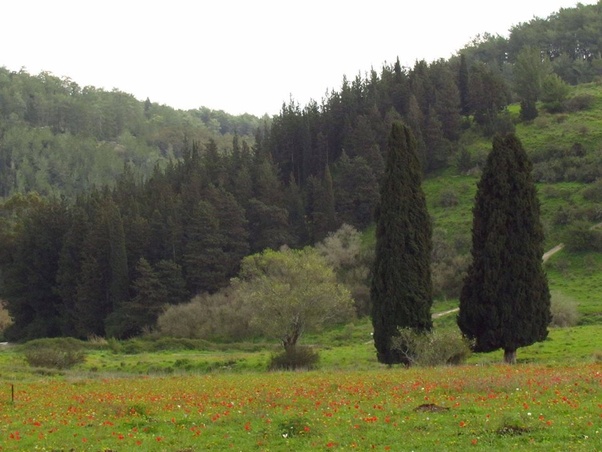 was covered with forests of native oak, pine, and cypress trees, which harboured deer, bears on which young David, as a shepherd of his father’s herds of livestock, honed his slingshot technique that he subsequently used to slay Goliath—I Sam. 17:34), as well as Asian lions (which David also had to contend with, or that Samson rent apart in Judges 14:5).

So there was little difference between Canaan and southern Europe in that respect.

The main difference is between the Holy Land and northern Europe, where the forests were much larger and more forbidding, because they were denser, darker, and the winter nights much longer. In that environment, people were much more inclined to imagine scary beings such as ghosts and goblins and spirits of all sorts—which are almost entirely absent in Israelite mythology.

While there are witches in the Hebrew Bible (like the Witch of Endor whom King Saul consults—I Sam. 28), and charismatic ‘men of God’, akin to European wizards, who can perform miraculous acts and are swept up to the heaven in a fiery chariot, like Elijah and Elisha (I Kings 17–21, II Kings 1–3)—these are the exception, and not surprisingly perhaps limited to the northern tribes, and deeply frowned upon by the dour, intellectual religious authorities of Judea in the south.

Of course, the desert in the Bible is never far away—in the case of Judea, it is just the other (eastern) side of the watershed, or south of mountains of Hebron. But that was the region where one didn’t live—the hostile region that one had to cross in order to get to the Promised Land, or where broody prophets fled to from the authorities, or to commune with God (and where, indeed, you needed divine intervention just to survive).

Last but not least, the Israelite culture and religion was forged in the two centres of Near Eastern civilisation—first in Egypt, then in Babylon—where writing was first invented and great ideas such as monotheism (the Sun God in Egypt), good governance and morality (the Code of Hammurabi, in Babylon), and grand myths (such as the Great Flood) and the inspiration for stories such as the Garden of Eden, Noah’s Flood and the musings of Ecclesiastes (the Epic of Gilgamesh) were first mooted. These also fed into the biblical mix, and gave the Hebrew Bible its intellectual and spiritual heft. Without them, the Bible likely would have been little more than a collection of stories, like the Grimms’ Fairy Tales, or the Norse sagas, which though interesting in themselves, would not have the universal appeal that it has.